The future of Kent’s Manston Airport has become part of the UK election battle with the Transport Secretary giving his support to campaigners and local politicians fighting to save what is (or was once) Britain’s most easterly airport.  Loss making for many years, and unable to attract viable operations, it was closed by owner Ann Gloag, co-founder of the Stagecoach Group.  She subsequently sold the site to developers. (See also APD and the Prime Minister in this issue).

Transport Minister Patrick McLoughlin has backed a five-point plan from Thanet Conservative candidates to halt its redevelopment whilst UKIP said it wanted a viable airport but attacked the Tories' track record.  Labour and the Liberal Democrats, who both support the reopening of Manston, said the Tories had been "complacent and tardy" and "asleep at the wheel".

Both Flybe and KLM have in recent years attempted services from Manston, without success and Mrs Gloag retained the services of an experienced former Airport Director to investigate its viability.  In his view the losses were unsustainable.

Manston is about 15 miles east of Canterbury and 20 miles north of Dover.  Central London is 75 miles away.  In 2104 it moved just 12,000 passengers before closing.  www.supportmanstonairport.org 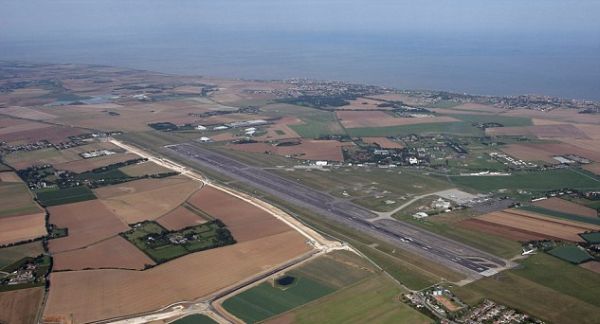