Wizz Air is to introduce direct flights between Glasgow and the Hungarian capital of Budapest.  It will also add flights to the Polish city of Lublin. 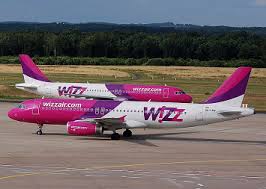 Budapest, which is one of the largest cities in Central Europe, straddles the Danube River and is renowned for its architecture, rich history and culture.  Wizz Air chose to add direct flights between the two cities following a poll carried out in the Hungarian media, with the majority of participants placing Glasgow at the top of their wish list.

Wizz Air first moved to Glasgow Airport in March 2013 and currently operates services to the Polish cities of Gdansk, Katowice, Poznan and Warsaw.

The next three months will see the launch of a further 13 new routes from Glasgow including direct flights to Bordeaux, Las Vegas, Munich and Prague.  On 30 May, Canadian airline WestJet will launch daily, direct flights between Glasgow and Halifax, Nova Scotia.  www.glasgowairport.com