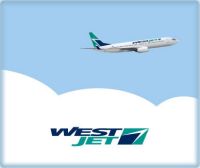 WESTJET, the Calgary (Canada) based non-union budget carrier, has revealed changes to its fleet plan which will include rescheduled deliveries and the purchase of additional aircraft.  The airline, which was founded in 1996, is totally a Boeing “Next Generation” 737 operator.  The rescheduled deliveries concern 16 aircraft which are either being bought or leased and the additional purchases of 14 Boeing 737s.  In the past ten years WestJet has made significant gains in domestic market share against Air Canada.  In 2000 it held only 7% to Air Canada's 77%, though by 2009 WestJet has risen to 36%, against Air Canada's 57%. www.westjet.com