Cityjet has announced changes to its commercial management structure with the appointments of Patrick Lukan VP-Sales and Distribution and Cathal O'Connell as Commercial Director. 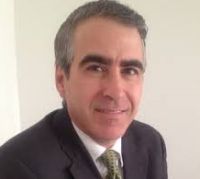 Patrick, formerly with Carlson Wagonlit Travel where he was Senior Director of Global Operations, has held the position of Chief Commercial Officer at the Dublin-based airline since May 2014.  He will oversee Cityjet's sales and distribution activities from the airline's new London offices, re-establishing an on-the-ground presence for the airline in the UK.

Cathal O'Connell joins Cityjet with almost 35 years' experience in the Irish and UK aviation industry, including roles with Aer Lingus, Aer Arann/Stobart Air and Eastern Airways and more recently as Chief Executive of bmi regional.  In this latter role, Cathal oversaw the airline's transition from a subsidiary of the bmi Group into a fully independent regional airline and established it as a leading operator in the UK and European markets.

The appointments complete the transition of CityJet from an Air France subsidiary to a full stand-alone airline with its original founder Pat Byrne now back as Executive Chairman. (See BTN 9 March).  Ownership is vested with Intro Aviation, a specialist airline investor.  The airline serves 12 destinations from London City Airport.    www.cityjet.com