Lufthansa is going through very difficult times.  Not only is it having to contend with a financially aggressive workforce, seemingly only too keen to go on strike, it faces tremendous competition from the budget airlines within Europe, and with its lucrative long haul routes to the East serious challenges from carriers based in Turkey and the Gulf.  Add to that the crash of 4U 9525 and life is not easy for the German national carrier. 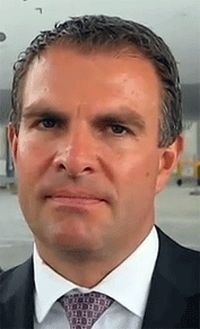 Now in charge of the airline as Chairman and Chief Executive, Carsten Spohr (48) must sometimes think to himself that he could have had a nice quiet life as a well-paid airline captain with more or less fixed hours.

An engineering graduate, Spohr qualified as a commercial airline pilot at the Lufthansa Flight Training School joining the airline in 1994 and working as a personal assistant to the CEO 1995-1998.  In August 1998 he assumed responsibility for regional and latterly global partnerships including the Star Alliance.  Through various senior appointments he took on his current role in May 2014.

Despite his background in management at Lufthansa, he has regular simulator sessions to maintain his captain's licence for an Airbus A320 and can talk about the aircraft with real authority.  www.lufthansa.com

Mr Spohr damned himself with his remark - it seems flippant now - that Mr Lubitz was "100% fit to fly" and by claiming that no change in procedures was needed. Those words will surely return to haunt him.