The Department for Transport has published the details of the 19 bids it has received during the initial application stage for funding from the Regional Air Connectivity Fund.  (See BTN 26 January)

The funding is available for brand new routes for regional airports which handle fewer than 5m passengers a year, the government accepting that smaller airports can play a vital role improving connectivity and increasing trade and helping create new jobs in their regions.

The bids include proposals for air links such as Norwich to Paris, Southampton to Lyon and Oxford to Edinburgh.  Most have been operated at one time or another, and failed, but Carlisle to Southend would be a breakthough for the airport which has not had scheduled services for many years.

The Regional Air Connectivity Fund was launched in June 2013 and has already supported strategic routes from Dundee and Newquay into London.  It is now being expanded to support new international and domestic regional air routes in a bidding process for start-up aid.

The announcement of a short-list of routes meeting the initial criteria will be made in early May with the successful bids being announced in July 2015.

The Regional Air Connectivity Fund has a total of £56m available to cover three years of financial support per route.  See the full list.  www.gov.uk/government/uploads/system/uploads/attachment_data/file/418094/start-up-aid-applications-received.pdf 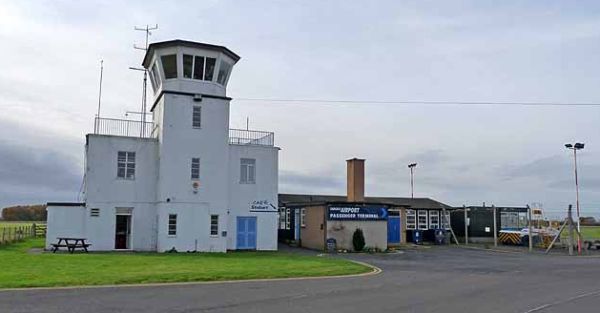 Given that both these airports are owned by Stobart Air, it makes sense given that they also have an AOC in the former Aer Arran. not sure about the load potential though, but I guess that is why the funding will apply!

The most recent Heathrow service went on to Dundee. And there have been services from Newcastle to the Isle of Man that operated via Carlisle, again back in the 60s.

I remember checking in passengers at Heathrow for Carlisle on flights by Autair back in 1967!

Carlilse did have limited services to Belfast at least in the sixties (?) and Brymon Airways applied for an obtained a Heathrow permit in the late eighties. A change of management meant it was never taken up

Surely not a first for Carlisle. Did it not have a scheduled service to London (LHR?) once upon a time?