The market for regional air access to London has been one of UK aviation’s most contentious policy issues over the last 20 years. 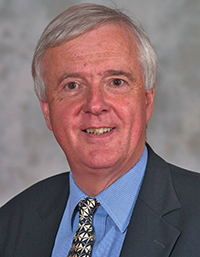 Slot constraints started to bite at London Heathrow in the early 1990s and then during peak periods at Gatwick in the mid-2000s. The effect was the displacement of economically significant connectivity to other less well-networked London airports. This process is on-going today as easyJet withdraws its Newcastle-Gatwick service later this month to be replaced by twice daily services to Stansted flown by Flybe from the beginning of May, while Virgin’s Little Red’s Manchester-Heathrow services also cease, with their Edinburgh and Aberdeen services stopping in September.

The loss of domestic links has over time become a crucial issue for stakeholders from those parts of the UK without convenient access to Heathrow and/or Gatwick by car or train. There are now only seven UK domestic routes to Heathrow left versus the 17 operating in the late 1980s and early 1990s.

The loss or lack of a London link has already challenged the long-term viability of some UK regional airports.  Blackpool and Plymouth have recently temporarily or permanently ceased hosting air services, while Prestwick Airport was only saved from closure by the intervention of the Scottish Government. For smaller regional airports that have maintained such services, they are frequently the mainstay of their operation and popular with passengers.

The prospect of a new South East runway at either Heathrow or Gatwick, as a result of the Airport’s Commission process, potentially affords the opportunity to introduce a game-changing national policy that embraces ‘all’ parts of the UK, not just London and the South East, in the form of a Guaranteed Access Scheme associated with the construction of the new runway. We believe such a scheme would help to rebalance the country’s economy and generate real and lasting growth, by placing greater emphasis than hitherto on domestic air connectivity and reserving 5-10% of the 250,000 additional take off and landing slots associated with the new runway to domestic and Crown Dependency routes when it is opened.  Only then will these regions no longer need to rely on other European hubs, which are themselves becoming increasingly congested, for global connectivity; and only then can UK PLC as a whole repatriate the aviation jobs it is currently exporting as a result of this policy and compete more efficiently, independently and securely on the world stage.

The extensive research undertaken by our task force and the resultant 169 page report focused specifically at the three South East runway options shortlisted last year and what the implications could be for domestic air connections to London’s major airports.   However, we also looked at RAF Northolt, which although rejected by the Commission as an alternative to a third runway at Heathrow (a decision we agree with), we do think is an under-used asset that could be far better employed supporting regional connectivity than the providing for 12,000 civilian business jet movements annually, all of which could readily be displaced to specialist business aviation airports elsewhere – such as Farnborough, Biggin Hill and Oxford. From a national point of view, Northolt’s ‘irreducible spare capacity’ is far better utilized providing a movement-capped regional satellite to Heathrow, either an interim (until a new third runway opens) or a permanent basis if Gatwick were the preferred location for a runway.

1. Do nothing;
2. A second runway at Gatwick

Our appraisal suggests the most attractive regional outcomes, having regard to incremental benefits against incremental costs, are associated with the Heathrow base case, while the Gatwick focused scenario is improved by incorporating RAF Northolt.

The overriding requirement now, however, is the need for clear political vision and leadership to overcome the institutional inertia that has hampered policy in this area, and to grasp the once-in-a-generation opportunity that a new runway will offer to link the whole of the UK quickly and efficiently to London and the wider global economy.

Northolt as a provider of regional services feeding LHR was the focus of my 1994 Report, A Missing Piece of the Puzzel'. The danger with any of the Task Force solutions is that they reduce the liklihood of the regionals developing direct flights.

RAF Northolt has good Underground connections to London via the Central Line just outside the main gate.

I am afraid that the heads of a number of regional airports are deluded if they think another runway at Heathrow will help. The airport's owners are only interested in long haul services. Many regional airports have links now to Amsterdam, use it, and from Amsterdam you can fly virtually anywhere, and a much better experience than using Heathrow.