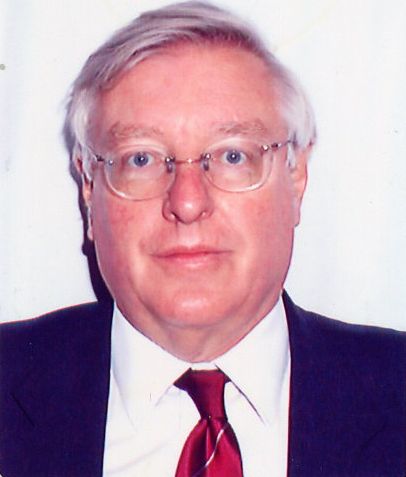 Lockerbie burst back on to the headlines once again on the evening of Wednesday 12 August as the BBC broke an exclusive story of the imminent release from a Scottish prison of the convicted Lockerbie bomber Abdelbaset Ali Mohmed Al Megrahi (Al Megrahi) on compassionate grounds having regard to his terminal prostate cancer.  This was done in such a way so as not to prejudice his then on-going appeal against conviction.

Since then the story has hardly been off the front pages with the “will he / won’t he be released” stories vying for space with “compassion versus vengeance” commentary.  Stories were published alleging “release for oil trade deals” dating back to Tony Blair’s negotiations with Colonel Gadaffi five years ago and the more recent meeting between Gordon Brown and the Libyan leader at the G8 Summit in Italy in July, plus the involvement of Lord Mandelson, particularly with Colonel Gadaffi’s son.

That any meetings could have taken place with the Libyans without reference to Lockerbie is as difficult to believe as it is that Al Megrahi would have simply withdrawn his appeal against conviction on Tuesday 18 August without there having been an agreement for his release the following Thursday!

However, whatever has gone on in the background in recent weeks and months simply conceals and obfuscates what should be of real concern: was the conviction of Al Megrahi sound, and how much of the posturing by politicians is designed to cover up that basic question and avoid the crisis of the possibility of the conviction being set aside and thus no one having been found guilty?

So let us return to the basics.

19:03 – 21 December 1988: Who in the aviation industry does not remember where they were on that evening, nearly 21 years ago, or their reaction to the news?

Those involved in the industry will, perhaps with a little shame, no doubt remember a palpable sense of relief as it became clear that the cause was a terrorist bomb and that it was not “just” the case of an 18-year-old Boeing 747-100 (the 15th to be built) falling from the sky as the result of the corrosive effect of old age.  The 259 passengers and crew on board, including 188 Americans, and 11 residents of Lockerbie, all died.

Libya is the country now for ever linked in the public mind for its alleged responsibility and has been for the last 19 years, not 21?  Libya was not the original suspect.

Initially everyone “knew” that Iran, possibly aided by the Syrians and Palestinians, was responsible for the outrage, most likely in retaliation for the shooting down in July 1988 of the Iran Air A300 by the USS Vincennes.  That flight was a regular scheduled service, on its proper flight-path; all 290 passengers and crew were killed.

But that was before the other events of 1990: Iraq invaded Kuwait in May; Iran and its ally Syria supported America against Iraq; Syria was removed from the USA’s list of countries harbouring terrorists and joined Desert Storm.

Not until November 1990 was Libya first named in the British media as being responsible for Lockerbie – almost two years after the event – when it was clearly no longer politically acceptable to blame Iran or Syria.

On 13 August 1991,Tony Gauci, a Maltese shopkeeper “identified” Al Megrahi from photographs shown to him in a Maltese police station as the person who had bought certain items of clothing from his shop on 7 December 1988.  Some might think that to recognise a face beyond any doubt from a photograph nearly three years after a casual visit to a shop was quite remarkable; that scepticism might increase when one remembers that Mr Gauci had also previously identified two known Palestinian terrorists, Mohammed Salem on 14 September 1989, nine months after the incident [Para 58 of the Judgment], and Abu Talb on 10 September 1990, 21 months after the incident [Para 61].

We don’t know what went on in the police station when Mr Gauci was interviewed, but it is accepted that he had seen photographs of Al Megrahi published in the Maltese press beforehand.  One cannot but wonder what a Magistrate would have thought of such identification evidence had Al Megrahi merely been charged with shoplifting!

Identification was not the only reason for there being serious doubt about Mr Gauci’s evidence; the date on which the alleged purchase was made and the weather at the material time were also issues in contention, and there was doubt about the evidence given by other witnesses, including in relation to forensic evidence about the bomb.

However such weaknesses have not stopped the “Libya Two” becoming notorious as the people responsible for this appalling crime.  Sanctions were imposed by the United Nations against Libya in January 1992 until Libya surrendered the Two for trial.

Whilst it is true that Libya has a record of involvement in certain terrorist activity, including positive support of the IRA, and not forgetting the murder of PC Yvonne Fletcher, was it responsible for Lockerbie?

The deeds which it was alleged the Libya Two had undertaken are largely forgotten, but highly relevant. Al Megrahi was accused of buying the clothes that were in the suitcase that contained the bomb; Al Amin Khalifa Fhimah, Al Megrahi’s co-accused (who was acquitted at trial, not even ‘not-proven’, which is a possible verdict under Scottish Law), the Station Manager of Libyan Arab Airlines at Malta Airport, was accused of putting the suitcase on to Air Malta fight KM183 to Frankfurt.  But there was no evidence that he was even at the airport on the day in question, and indeed the evidence pointed to the improbability of his being able to have done so even had he been there.  In this regard too it must be remembered that Granada TV paid substantial damages to settle a libel action brought by Air Malta, when faced with evidence that there was no “unaccompanied baggage” on the flight.

Had the Two done what was alleged, there is no doubt that they were guilty of murder on a massive scale.  However, they would have been minor foot soldiers in the bigger scheme of things – and who has cared about that, as long as the Libya Two were convicted?

Yes, Al Megrahi was convicted and his first Appeal was rejected.  Should that be the end of the matter?  Sadly not.

“A general pattern of the trial consisted in the fact that virtually all people presented by the prosecution as key witnesses were proven to lack credibility to a very high extent….there were so many inconsistencies in their statements and open contradictions to statements of other witnesses that the resulting confusion was much greater than any clarification that may have been obtained from parts of their statements.  Their credibility was shaken.

The opinion of the Court is exclusively based on circumstantial evidence and on a series of highly problematical inferences…there is no one single piece of material evidence linking the two accused to the crime.

The undersigned – to his great dismay – reached the conclusion that the trial seen in its entirety was not fair and was not conducted in an objective manner.”

“a miscarriage of justice may have occurred” and that there was “no reasonable basis for the conclusion that the items were bought…” as suggested.

The Commission was so persuaded of serious doubts on six specific grounds as to the verdict that the matter was referred back to the Court of Appeal.

To amplify the view of the UN Observer, it is perhaps appropriate to quote from the Judgment in respect of the evidence against Al Megrahi which says that there were three important witnesses of which it is concluded:

“All three …were shown to be unreliable witnesses.  Earlier statements which they made to the police and judicial authorities were at times in conflict with each other and with the evidence they gave in Court. On some occasions…their evidence was self-contradictory.”

It is the second of these reports that permitted the second appeal, which started in April 2009.  It had been categorically stated that the appeal would not be prejudiced by the release of Al Megrahi on compassionate grounds but it was, nonetheless, withdrawn from the Scottish courts last week without explanation, and with Al Megrahi still proclaiming his innocence.

It will be said that Libya admitted responsibility: in August 2003 Libya “admits responsibility for the actions of its officials” (but never for the incident), and conditionally agreed to pay $2.16bn compensation.  The conditions? – 40% to be paid when United Nations sanctions were lifted; 40% when US trade sanctions were lifted; and the final 20% when the USA removed Libya from the list of states allegedly sponsoring terrorism.

Just a year ago, the USA and Libya signed a Compensation Agreement under which Libya was to pay $1.5bn in respect of Lockerbie and three other events, and the USA agreed to lift sanctions.  It was later claimed that Libya signed the Agreement “simply to get trade sanctions lifted”, and the amount was relatively insignificant in relation to Libya’s potential oil earnings.  The final payment was made on 21 November 2008.

If the Libya Two were not responsible, who was?  And even if they were guilty of planting the bomb, given their allegedly lowly roles in the operation, who was ultimately responsible?  Does anyone care?  Some of the bereaved British families, led by Dr Jim Swire, do care; they believe that the conviction of Al Megrahi was a miscarriage of justice and have called for a proper inquiry.

If the bomb in its suitcase did not start its travels in Malta, where did it begin its fateful journey as unaccompanied baggage?  Perhaps in Frankfurt, where Pan Am flight PA103A started (despite a change of aircraft at Heathrow), but more likely at Heathrow where there was not only evidence that the brown hard-shell Samsonite suitcase was seen loose around where the baggage for Pan Am PA103 was waiting to be loaded, but also that there was a break through airside security in the Pan Am baggage area that night.

The evidence of the Heathrow break-in was not given at the original trial, but it was introduced as “additional evidence” at the first appeal where it was considered at some length by the Appeal Court – some 22 pages out of the total Judgment of 200 pages.  Notwithstanding that all the evidence by which Al Megrahi was found guilty was circumstantial, the Appeal Court [Para 252 of the Judgment] held that the verdict could not be said “to be regarded as a miscarriage of justice on account of having been reached in ignorance of the additional evidence”.

Many theories abound and, according to media reports, yet more would have been revealed had the second appeal continued.  Originally, as mentioned above, people were convinced that the Iranians were responsible; there were rumours that a four-man CIA counterterrorist team (returning to the US to report a rogue CIA unit they had uncovered in Beirut) was on board; there are stories that warnings had been posted in a number of US embassies not to fly Pan Am 103 (stories that increase the bitterness of some families who believe their relatives only obtained seats following cancellation by passengers who had been “warned off”); there are stories of drug trafficking, and of substantial payments to witnesses.

Whatever the truth, even if, however unlikely, Al Megrahi was guilty, he was the most minor of players in a long chain.  Surely the memory of the innocent victims deserves better?