The GTMC, the travel management body, has called the government’s decision to scrap plans for a link to Heathrow as part of the HS2 network “disappointing” and “frustrating”.

Transport Minister Patrick McLoughlin said last week that the government “do not intend” to build the spur as part of Phase 1 or Phase 2 of the scheme, citing Airports Commission review findings which "indicated that an HS2 spur is highly unlikely to be necessary to support any expansion of Heathrow airport."

Paul Wait, CEO of GTMC, says that this is not the case:  “It is incredibly disappointing and frustrating that this proposal has been dismissed as increasing access and ease of use encourages greater utilisation – Eurostar and HS1 is a classic example of that,” said Wait.

“In addition, simply reducing the number of interchanges required to access key infrastructure would mean a great improvement on the ability for business travellers to work while on the move by removing the inconvenience and delays of multiple changes of train.”

Previously the government had said any decision about the Heathrow spur would be delayed until the Davies Commission's report on future UK airport capacity had been completed.   www.gtmc.org 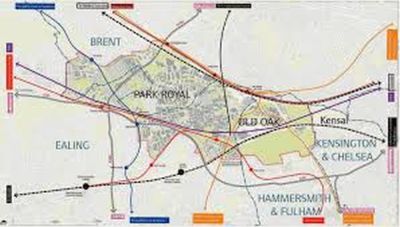