Mexican airline Interjet confirmed the option for an additional 10 Sukhoi Superjet 100 aircraft from the joint venture between the Italian conglomerate Finmeccanica-Alenia Aermacchi and Russia’s Sukhoi.

In 2011 Interjet originally ordered 15 SSJ100 and five options.  The options became firm in July 2012 at the Farnborough Air Show.  In November 2012, during ALTA Leaders Forum in Panama, Interjet announced the addition of 10 options which have been executed, leading the total firm order to 30 aircraft.

Twelve SSJ100 are currently in service with Interjet confirming the excellent operations and a dispatch reliability over the 99%. The 13th SSJ100 has already been delivered and will join the Interjet fleet soon.

According to the airline’s operational reliability report, to date the aircraft have completed over 21.000 flight hours and 20,000 flight cycles starting from the Entry into Service on 18 September 2013.  The SSJ100s are operating from Mexico City to various Mexican and United States destinations.

“We are delighted to add 10 aircraft to our SSJ100 fleet.  The Superjet 100 is a really good product, we are very satisfied of its superior performance and the reduced operating costs.  The SSJ100 was the right choice for the Interjet fleet development, it is perfectly suitable for domestic mid-density routes as well as several short haul international ones” states Jose Luis Garza, Chief Executive Officer of Interjet. www.superjetinternational.com 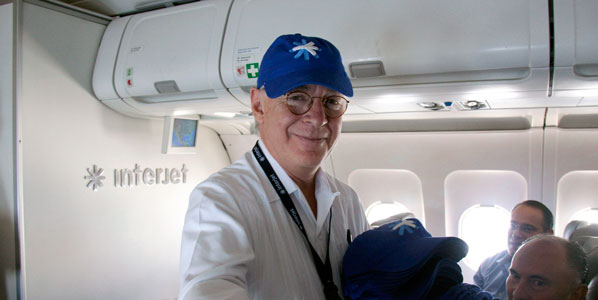