The game is not over in the legal battle between United Airlines over a 22-year-old New Yorker’s Skiplagged web site. 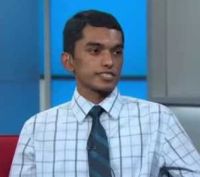 But United Airlines are steadfast.

Since news broke in December of his software Zaman’s site visits have rocketed to two million visitors a month.  He is now employed full time on the project with more than 3,500 supporters donating over US$75,000 on his alternative GoFundMe site to pay his legal fees.  And venture capitalists are keen to invest in him.

Orbitz, which is being purchased for US$1.6bn by Expedia, said that as part of its settlement "Skiplagged will not redirect traffic to Orbitz.com and Orbitz Worldwide websites" and will not use Orbitz brands, logos or trademarks on its web site.

"We are still involved in this litigation," said a United spokesman. "Mr. Zaman continues to openly encourage customers to engage in deceptive behaviour by purchasing hidden-city tickets."

The essence is that some flights are cheaper if travellers, with hand baggage only, buy tickets with the intention of getting off at the layover airport, instead of following through to the final destination.  www.skiplagged.com      www.united.com