Read into it what you like but Aer Lingus has not waited until the IAG bid has been resolved, announcing last week that Stephen Kavanagh will become Chief Executive Officer (CEO) when Christoph Mueller steps down on 28 February.  On Tuesday (24 February) it declares its 2014 results and still Michael O’Leary says nothing on the takeover.  (See also in this issue  Belfast International v Aer Lingus) 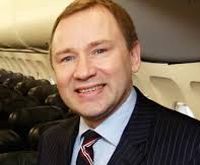 Mr Kavanagh is a graduate of University College Dublin and joined Aer Lingus in 1988.  He undertook a variety of roles in operational and commercial departments and was part of the Initial Public Offering team that brought Aer Lingus to market in that year.  He served as Chief Commercial Officer from 2009.  His most recent role was as Chief Strategy and Planning Officer.

Colm Barrington, Chairman of Aer Lingus, commented: “Stephen has worked in Aer Lingus for over 26 years in a range of increasingly challenging roles and he has a commanding knowledge of both the company and the industry.  I am particularly pleased that it has been possible and appropriate for an internal Aer Lingus executive to succeed to the position of CEO.  Stephen has been a key member of the executive team that, over the last five years, has transformed Aer Lingus into a strong, profitable airline with a resilient business model and an improved cost base.”   www.aerlingus.com