One billion more journeys a year

A report has been published which shows that world airports are planning for one billion more journeys a year by 2036.

The analysis produced by KPMG on behalf of the Let Britain Fly campaign reveals the world’s major cities plan to have built over 50 new runways by 2036, with Asian economies chief amongst those that will provide the capacity.  The risk, according to the independent campaign group is that the UK will be left behind.

It compares projected runway and passenger numbers for airports around the world and illustrates the huge scale of infrastructure projects which will be undertaken over the next 20 years.


Nations leading the charge for global connectivity include:

-            Dubai, where the World Central Airport project will provide more passenger capacity than all of London’s airports combined

Let Britain Fly is calling on politicians to publicly agree to be guided by the recommendations of the Airports Commission to ensure that London remains a global aviation hub and continues to provide connections to both new and established markets.   http://letbritainfly.com 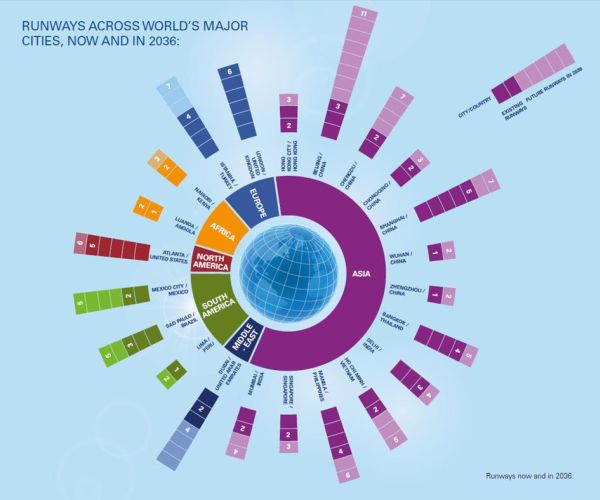