British Airways is facing a backlash from customers after making changes to the way passengers can earn and spend miles under its Avios frequent flyer scheme, with some threatening to switch to rival airlines. 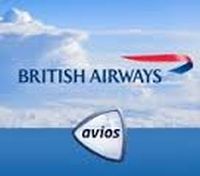 Following the example of US carriers, British Airways is tying the number of points awarded to pricing tiers within cabins, rather than the number of miles flown.

Those paying for fully-flexible First Class and Business tickets will earn more points under the new scheme, while Economy Class passengers buying the cheapest, non-flexible, fares will see the number of points they earn reduced to a quarter of previous levels.

This is not the first time changes to points gathering and spending has stirred debate in the industry. In the US, United, Delta and Southwest have all altered programmes in recent years to base points earned on dollars spent, drawing ire from travellers on social media.

In response to the social media criticism, British Airways highlighted on Thursday that the changes would also make it easier to book a flight using Avios points.  A lack of available reward flights is a common complaint among users of airline loyalty schemes.

"We believe those that spend the most on flexible tickets should see the greatest rewards," the British Airways spokesman added. www.ba.com