Sir Tim Clark, President of Emirates, took the opportunity of the Davos World Economic Forum last week to say he would buy 100 more Airbus A380s if the price was right.  The aircraft would have to be updated with new, more economical, engines.

Speaking to Bloomberg Television his words were emphatic: “What we’ve said as Emirates is if you’re going to do the Neo, we’re in for 100,” he said. “Put it on the table, we’ll start off for you.”

Clark’s comments increase the pressure on Airbus to commit to further development of the slow selling aircraft.  The A380 order book currently stands at 318 to 16 airlines, one leasing company and includes 10 to unidentified customers.  To date 152 have been delivered of which the Emirates total is 57.  Production is just under 30 per year.

The future of the A380 – which won no airline orders in 2014 – was thrown into doubt last month when Harald Wilhelm, Chief Financial Officer of Airbus, told investors that halting the programme might be an option after 2018, when the order book starts to thin out and the original aircraft come off lease.  Fabrice Bregier, President and Chief Executive Officer of Airbus, has since sought to calm concerns, saying the superjumbo’s best days are still ahead. www.emirates.com 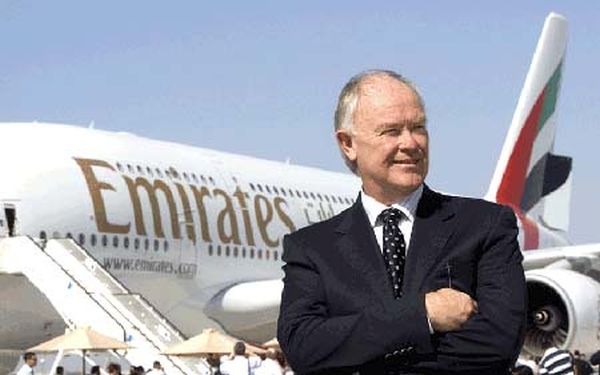