The Flybe Inverness – London City route is to be suspended in February and the service from Exeter to the dockland airport reduced.  For the Scottish operation the airline faced competition from easyJet to Gatwick and Luton with A319 equipment as against Q400.  Now with spare capacity it is upgrading flights to London City from Edinburgh to six a day and from Belfast to four a day. 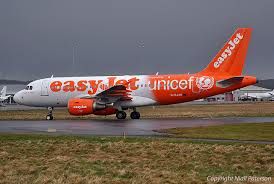 A spokeswoman said: "Flybe constantly reviews its schedule as part of its disciplined approach to growth.

"As a result, Flybe is regrettably suspending its Inverness to London City service with effect from Sunday 22  February due to lower than anticipated passenger numbers.

"Flights on the Exeter to London City service will reduce from three to two a day from Monday 23 February in line with the current business usage.

"Flybe will continue to review this increasingly popular route and will add extra frequencies back into the schedule when appropriate.

"Overall, Flybe expects to fly at least half a million passengers annually on its routes to and from London City Airport.  These services provide direct links across the UK and Ireland into the heart of London and offer a faster and cheaper alternative to road, rail and ferry travel."   www.flybe.com