Now controversially owned by the Scottish government (See BTN 28 April)  Prestwick Airport is continuing to make losses but these are running at about half the rate they were, according to the new First Minister Nicola Sturgeon. 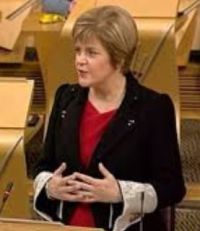 She was giving evidence to Holyrood's Infrastructure And Capital Investment Committee on progress since taxpayers bought the ailing Ayrshire airport.

Labour's James Kelly said the Government was "making a substantial investment of public funds of over £20 million" in loans to keep the airport going.

He said the airport had been losing £800,000 a month when it came to the brink of closure and added: "The losses are continuing at least at the level when you took the airport over."

He also told Ms Sturgeon the recent blueprint for the airport's future "lacks detail and has no financial data or financial analysis to back up your case."

Ms Sturgeon accepted the airport was continuing to run at a loss after being bought over by the Scottish Government in a last-ditch effort to keep it open.