With British politicos still dithering regarding the issue President Obama has announced that the United States and the People’s Republic of China are concluding a reciprocal visa validity arrangement. 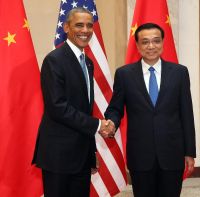 Both countries have agreed to increase the validity of short-term tourist and business visas issued to each other’s citizens from one to 10 years – the longest validity possible under US law – and increase the validity of student and exchange visas from one to five years.  The United States will begin issuing visas in accordance with the new reciprocal agreement on 12 November 2014.

US Secretary of Commerce Penny Pritzker said on the agreement: “Tourism is America’s largest services export and growth in international visitors has created roughly 260,000 American jobs over the past five years.  Last week in Beijing, the President announced an important new agreement with China that extends the validity of tourist and business visas to 10 years and student visas to five years – both for Chinese citizens travelling to the United States and for Americans travelling to China.  This is smart reform that will boost our economy and create jobs." www.state.gov