Former British Airways shareholders are likely next year to receive their first pay-out since 2008.  Owner IAG says "We remain confident in meeting our 2015 financial targets which we see as the trigger to introducing a dividend." The Iberia cost savings seem to be finally paying off.  BA, particularly westbound, is strong at Heathrow.

British Airways and Iberia signed a preliminary merger agreement in November 2009 but it was not until January 2011 that IAG was introduced to the London and Madrid Stock Exchanges.  In April 2013 IAG acquired the profitable Spanish low-cost airline Vueling.  IAG is incorporated in Spain as Sociedad Anónima, its board meetings held in Madrid where it is tax domiciled.

By way of comparision last week Lufthansa cut its operating profit guidance for 2015, citing concerns about a global economic slowdown and "fierce competition" over fares.  Air France-KLM said that the recent pilots' strike had cost it €416m in lost revenues, and reported third-quarter operating profits of €247m, down from €641m a year earlier. www.iairgroup.com 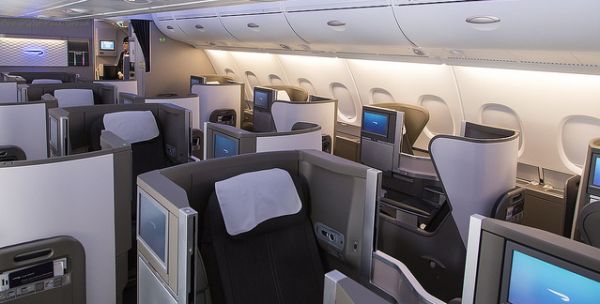