The UK Supreme Court has rejected applications by both Jet2.com and Thomson Airlines to appeal rulings by the Court of Appeal in June relating to airlines’ liability to pay compensation after travel delays. 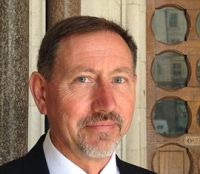 In Jet2 v Huzar, the Court of Appeal found in favour of the passenger on the question of the meaning of “extraordinary circumstances” in the context of airlines’ liability for delay compensation claims.

Ronald Huzar sought compensation in line with EU passenger rights regulations when a flight is delayed.  Neither party disputed that Huzar was entitled to reparation, but the amount was in dispute.

The airline said the delay was caused by a wiring fault that was unexpected, unforeseen and a safety issue and as such amounted to an “extraordinary circumstance.”

Previously the CAA had agreed that such unexpected technical defects were outside the control of airlines and would therefore be considered “extraordinary” for the purposes of compensation.

In Dawson v Thomson Airlines, James Dawson claimed £1,488.73 when his Gatwick flight was six hours late due to crew shortages caused by sickness.  Thomson Airlines accepted that it would have been liable had Dawson brought proceedings within the two-year limitation period contained in the Montreal Convention.  https://supremecourt.uk/news/jet2-v-huzar.html