Speaking at World Travel Market last week Craig Kreeger, CEO of Virgin Atlantic, said a decision should be made in the next five to nine months over which type of aircraft will replace its fleet of seven Boeing 747s based at Gatwick.

The aircraft primarily serve leisure routes and Mr Kreeger noted that with their reduced Upper Class capacity (ie more passengers overall) were still viable but coming to the end of their leases.


Whilst Virgin in the past expressed an interest in the A380 placing a provisional order without financial implications Mr Kreeger was vague as to an actual commitment.  “We have no plans for the A380 at the moment,” he said.


Virgin has a single Boeing 787 in service which is being used spasmodically in the network and for crew training.  A further four aircraft will arrive early in the new year and will quickly join the schedules.  The airline’s order for the 787-9 totals 21, and all are planned for Heathrow use.  Virgin is looking at both the Airbus A350 and Boeing 777 for Gatwick but more Dreamliners are possible although the airlines does operate 10 Airbus A330s.  All Virgin’s A340s will be gone by the end of the era. www.virgin-atlantic.com 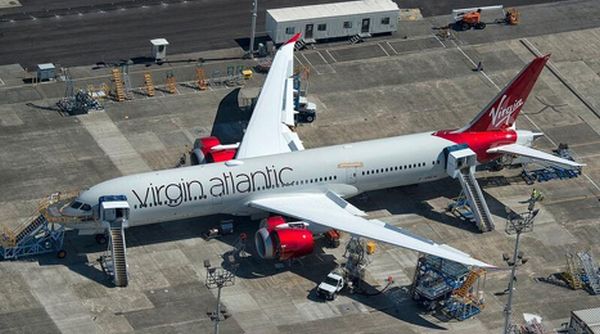