easyJet is to add a second route from the UK to Gibraltar from 19 April 2015.  The airline will fly up to three times weekly on a year-round basis.  Since March 2008 it has served the British Overseas Territory from Gatwick.  British Airways from Heathrow and Monarch out of Birmingham, Luton and Manchester also operate into the tiny enclave at the tip of Spain.

The new Gibraltar terminal was completed at the end of 2012 but still suffers from the intransigence of the Spanish authorities with the planned dual exits, similar to Basel (Switzerland and France), still not in operation.

Work has again started to complete a tunnel under the single runway which will eliminate holdups at the crossing point for aircraft movements.  It is hoped that this tunnel will be finished for the 2016 summer season.  A speeding up of the Spanish border arrangements and direct access both ways through the terminal would benefit Spain more than the Rock.  The authorities do not seem to see it that way although in the past Iberia has served Gibraltar direct from Madrid.

easyJet is already the largest operator at Bristol Airport and this new route will increase its network to 47 destinations.  www.easyjet.com   www.gibraltarairport.gi 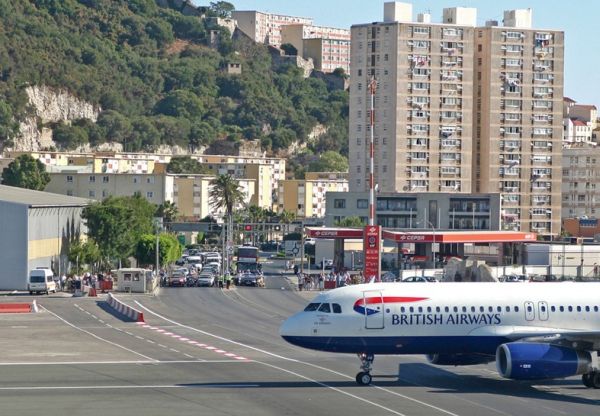