Britain is not the only country where the airline industry is up in arms about what it sees as unfair and damaging airport departure taxes.  This has been recognised in both Ireland and the Netherlands where the dues have been scrapped. 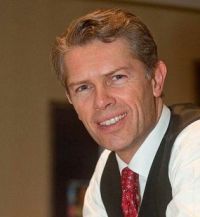 Germany’s airlines and airports vowed they would continue to push the Government to scrap a three-year old air transport tax even after the country’s highest court came down in favour of the Government.  The Federal Constitutional Court ruled last week that the law was compatible with the country’s constitution.  It noted that “by choosing a taxation grade based on distances, the legislators chose a realistic and fair taxation scale that corresponds to the law’s environmental protection goals.”

The tax applies to both domestic and foreign carriers with flights departing from Germany, but it exempts freight and transit flights, which it is noted produce the same environmental impact as scheduled operations.

“The tax produces many winners abroad and many losers at home,” said Ralph Beisel, head of the German Airports Association.  Mr Beisel said that the association would continue to apply political pressure.