Newcastle’s first scheduled transatlantic non-stop service will start May in 2015 with the introduction of a five times weekly operation to Newark New York.  The flights will be operated by Boeing 757-200 aircraft with a total of 169 seats – 16 flat-bed seats in United BusinessFirst and 153 in United Economy, including 45 Economy Plus seats with added legroom and increased personal space.

It will be Newcastle’s first scheduled non-stop transatlantic service and will run from 23 May to 8 September 2015.

“We’re very excited about introducing non-stop flights to New York from Newcastle next summer,” said Bob Schumacher, United’s Managing Director Sales – UK & Ireland.  “We’ll be offering the people of Northeast England easy, convenient travel options not only to New York City but also to destinations throughout the Americas.  United already offers trans-Atlantic service from more cities in the UK than any other airline and we’ve every reason to be confident that this new service will be a success.”

The Newcastle flights have been conveniently timed to connect at New York/Newark with an extensive network of service to destinations throughout the Americas.  United operates flights from New York/Newark to more than 300 destinations throughout North, Central and South America and the Caribbean, including more than 100 served non-stop.www.united.com 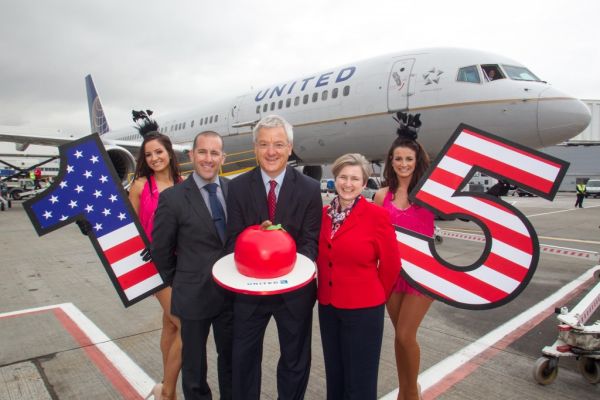