ON TOUR: Calabria – a pilgrim’s paradise

Sally Gethin reports: Calabria has suffered from a reputation as the poor relative of southern Italy, the last stop on the mainland above Sicily in the “toe”. But Calabria is definitely Italy’s secret treasure. 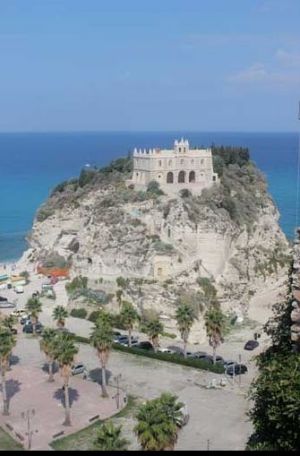 This southernmost part of Italy boasts both stunning natural scenery and religious medieval architecture. Catholic churches ancient and more modern, monasteries and religious sites are testament to the upheavals and tumultuous events that have shaped this most southern part of Italy, the original land of Magna Graecia, from ancient to modern times.

Each of these religious monuments has a unique story to tell, once the visitor enters its portals.

Earlier this month the Calabria region hosted the 9th edition of the Aurea – the Exhibition of Religious Tourism and Protected Areas. This event actively supports tourism by attracting traders, buyers and stakeholders in a series of events and itineraries to show what the region can offer though educational tours.

The showcase event this autumn was held at the prestigious Sanctuary of San Francesco di Paola (CS), and involved the entire region over subsequent days.

Organised by the CEI (Italian Episcopal Conference) and ENIT (National Tourism Agency), its aim was to promote and exploit the immense wealth of Calabria, offering itineraries to discover the valuable historical, artistic and landscape resources that characterise it.

I arrived in Calabria via two Alitalia flights – starting at London City, connecting in Rome arriving at the northern Calabrian airport of Lamezia Terme.

The following day as part of a group I travelled to The Sanctuary for the opening of the Aurea. The Sanctuary is dedicated to San Francesco di Paola, the founder of a special catholic order – 'Ordine dei Minimi'. This incredible building – a monastery lies at the foot of the Calabrian Appenine, close to the historical centre of Paola and surrounded by lush greenery and waterfalls. 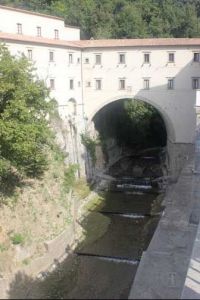 It was founded by the Patron of Calabria and local sailors in 1435. Paola the nearby town spread over the centuries from the hillside and then down into the marina. A cultural gem hidden in the historical town centre is the Palazzo Stillo Ferrara, the home of Musical Association Orfeo Stillo, a centre for excellence in classical and modern music with a full programme of classical piano concerts and performances in its richly textured interior.

One of the external and eternal splendours of Calabria is its magnificent coast – and off-season this is a treat all by itself. At this time of year the beach towns are less populated and the coastline unadulterated by summer hordes. The weather in October does prove changeable with peaks of summer heat and troughs of mild rain and chill evenings so be prepared for a varying climate.

Tropea is nicknamed the Pearl of the Tyrrhenian Sea – easy to see why with its crystalline shores. Santa Maria island just off the town of Tropea is crowned by the ancient church Santa Maria dell-Isola at its peak – attracting pilgrims down through the ages. The dilapidated church replete with faded frescoes is worn like a dusty discarded crown atop this sudden shoreline peak. The church of Santa Maria has however evaded dereliction, and thanks to new funding has enjoyed a renovation and is now open to visitors after many years of closure. 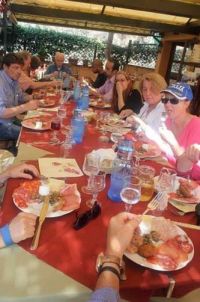 Lunch at Il Normanno Ristorante in this incredible juncture of hillside and coastline provided the most stunning menu and views. Calabria cuisine is all about local fresh fish, salads and local produce, and cold cuts. The owner even serves up his own deliciously home made basil herb liqueur.

Calabria as a terrain is formed from several hilly and mountainous formations – often covered with dense forests and river valleys. Heading into the hills with their inevitable hillside tunnels and twisting and turning roads yields more historic churches and intriguing towns.

The medieval town of Gerace is perched on a cliff formed of marine fossils. Gerace’s churches are resplendent in the extravagant relics and furnishings left by the nobility in generations dating back to the seventh century, the middle of the Byzantine period. The medieval town seems to have changed little over the centuries with its network of courtyards.

One of the stranger experiences to be had in Calabria is the ghost town of Pentedattilo – the Five Fingers – named after the strange rock formation in which it is embedded. It suffered a massive earthquake in the late 18th century. Its steep and hazardous location isolated it from modern technologies. Finally, abandoned by all the inhabitants in the 1970s, due to the lack of electricity and utilities to keep it up to modern standards, this town has become a crumbling edifice – the only relic to maintain its structure is the church – itself looted over recent years as it lay dormant to the elements. Pentedattilo has a dark and bloody past, including the "Massacre of the Alberti", an internecine feud linked to the presiding and rival families of the Alberti family and Baron Abenavoli.

Within spitting distance of Sicily is the popular city of Reggio Calabria, originally one of the oldest Greek colonies which has been battered by earthquakes over the centuries. Its relatively modern urban centre belies its links to ancient mythology, lying close to the Straits of Messina and the source of the classic myth Scylla and Charybdis. The crowning glory is secreted inside its museum – the Riace Bronzes. These two life size warrior sculptures date back to the 5th century BC, Ancient Greece, discovered by chance in the seabed in 1972 by a snorkeler on holiday. These sublime human shapes are almost intact from any damage over the ages and were only fully restored in the last few years. Along with accompanying bronze heads they are jealously guarded and housed in a protective microclimate room within the Museo Nazionale della Magna Grecia.

I stayed in the sumptuous Altafiumara Resort Spa, a short drive from Reggio with spectacular views over the hills and sea. Even though it was already autumn, this southernmost tip of Italy seemed to be in the full youth of spring – showering cascades of colourful flora and fauna fringing the cliffs and beaches. The nearby airport at Reggio Calabria affords a quick and convenient connection back to Rome, reality and the rest of the world. 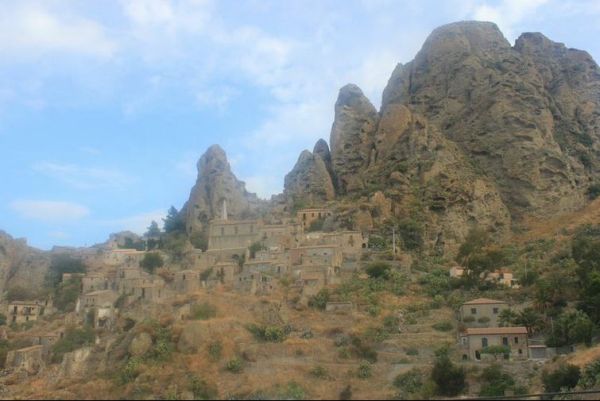