WestJet, the Canadian budget operator is to introduce daily, direct flights between Glasgow and Halifax, Nova Scotia during summer 2015.

It will be the first time the airline will have served an airport in the UK and it is only its second transatlantic service following the launch in 2014 of flights to Dublin. 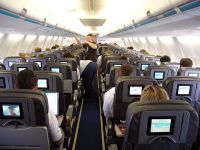 The busy Atlantic seaport of Halifax is the capital of the Canadian province of Nova Scotia which has strong historic and cultural links with Scotland.  Flight time with a 136-seat Boeing 737-700 series aircraft is 5hrs 15mins and will operate from 30 May until 24 October 2015.

Mike Cantlay, Chairman of VisitScotland said: “Canada and Nova Scotia in particular represent an exciting diaspora stronghold and a fantastic opportunity for Scottish tourism.  Some 4.7m Canadians have Scottish ancestry, with 24% of them wanting to visit Scotland in search of those roots. The new WestJet route from Halifax to Glasgow presents a sizeable opportunity for the tourism industry in Scotland to tap into an ancestral market worth up to £450m over the next five years.

Passengers will be able to access connections to Montreal, Ottawa, Winnipeg, Calgary, Edmonton, Vancouver and 16 other cities in WestJet’s Canadian network.  www.westjet.com