Unlike British Airways with its low key approach, Virgin Atlantic will introduce its first Boeing 787 Dreamliner on Thursday (23 October) with a special high profile charter flight to its new destination – Atlanta. 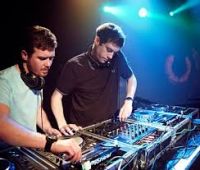 Richard Branson will join the party at partner airline (and 49% owner) Delta’s headquarters.

For Virgin it is back to its old pro-active PR days with what is being promoted as a “FlightDecks gig” in collaboration with BRIT Award-winning Rudimental and north London electronic music duo Gorgon City. It should be a noisy flight!

Virgin Atlantic has a total of 15 Boeing 787-9s on order, with options for more.  It is configuring its Dreamliners with 264 seats in a three-class configuration with 31 seats in Upper Class, 35 Premium Economy and 198 Economy.

The airline plans to introduce the 787 firstly on its Heathrow to Boston route from 28 October, followed by Washington DC, New York Newark and New York JFK, and then Delhi.  www.virgin-atlantic.com