Two European airports and a number of budget airlines have been ordered by EU regulators to pay back millions of euros in illegal subsidies.  The European Commission also warned Belgium that it may be giving unauthorised subsidies to Brussels Airlines.

The Commission's rulings come amid a series of investigations into deals granted by regional authorities to attract budget airlines to secondary European airports.

There is little doubt that these agreements have played a key role in the growth of low-cost carriers and their success in challenging legacy rivals.

Zweibruecken, a former US military base in Germany, tried to compete with Saarbrücken, just 25 miles away.  Germanwings has been charged €1.2m, Ryanair €500,000 and TUIFly €200,000.  The airport has also been ordered to pay €47m and is under insolvency proceedings.  Ryanair, which stopped flying to Zweibruecken in 2009 having carried 50,000 passengers, said it would appeal the ruling, while Germanwings said it was examining the decision.

However the EU approved state aid granted by Italian authorities to Alghero airport on the island of Sardinia and by Germany to Saarbrücken and Hahn.  It cleared Swedish aid to Vasteras Airport and several deals between that airport and Ryanair.  Brussels Charleroi, principally used by Ryanair, needs to pay back €6m in illegal state aid.   http://ec.europa.eu/transport/modes/air/index_en.htm 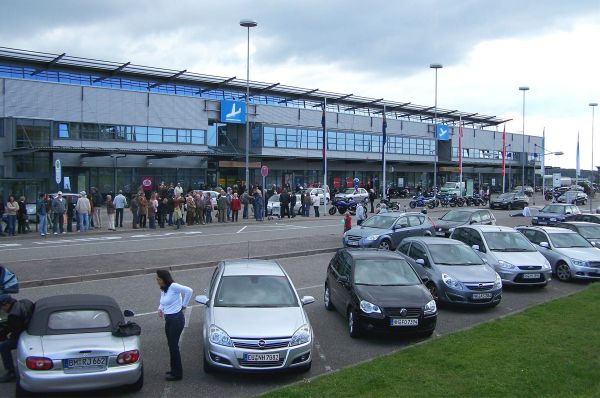