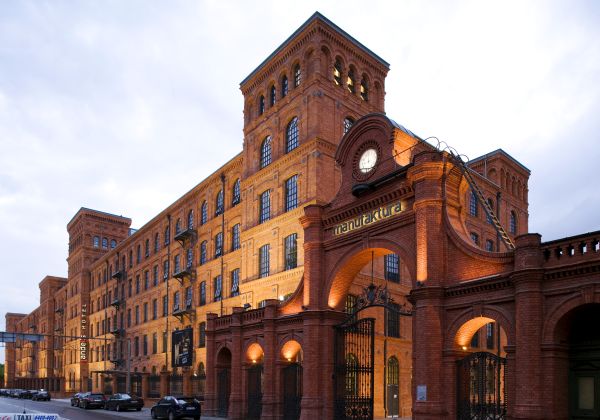 The Polish city of Lodz (pronounced Woodge, rhyming with huge) did not exist before 1800, or at the best was a tiny village.  By 1939 its inhabitants numbered 750,000, of which one third were of Jewish extraction. The Nazis arrived and a ghetto was quickly established.  In August 1944, with the war on the way to being lost, Nazi Germany used its considerable organising abilities to move at least 150,000 people to Auschwitz and their death.

It is a great place to visit whether your interest is history, (cheap) shopping, or a very busy night life.  Everyone is friendly and seems to speak a smattering of English.  Prices for the most part are half that of London.  Bed and breakfast at the virtually 5-star andel’s Hotel Lodz at Manufaktura start at just €115.

What is particularly astonishing is that a Jew, Mordechai Chaim Rumkowski, virtually became the Nazis’ man in the ghetto.  He was of the view that if the Jews could be productive to Germany’s war effort they were of value.  It can be argued that the Lodz ghetto survived longer because of his efforts, or he was an autocrat looking after himself.  It was all in vain, Rumkowski dying in Auschwitz, probably murdered by his own people. 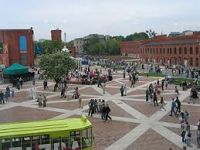 Lodz is the third-largest city in Poland, located in the central part of the country with a population of around 750,000.  A massive manufacturing centre dating from the industrial revolution, often called “the Polish Manchester” in the post Second World War communist era the combination of nationalisation and cheap Far Eastern imports decimated the once prosperous textile industry.

In a remarkable turnaround it is today a very progressive city, the relics of less exciting times clearly obvious, but with a master plan well in place to regain its status as the centre of Poland’s EU renaissance.  What were once the manufacturing mills of a bygone era have been converted into top class hotels, workers accommodation now quality housing, and the mansions of the tycoons becoming public buildings renovated as museums, libraries and the local municipality offices.

Manufaktura epitomises Lodz of 2014, a vast complex of shopping malls, eating places, with andel’s, a former spinning mill towering above.  In its heyday the factory complex developed by Izrael Poznanski employed 7,000, and also included a technical office (now a restaurant), engine house (pet shop) and finishing shop (art museum).  A very 21st century IMAX cinema has been added as well as 10-pin bowling and skating.

Adjoining the complex is Poznanski’s palace, now the Museum of Lodz.  The building itself is a monumental neo-Baroque edifice richly decorated with architectural and sculptural detail, its roof topped with domes and turrets. Equally splendid are the interiors, especially the ceremonial ones, including the ball room, the dining room, the card playing room and the snooker room.  Decorated with stuccoes, colourful marble, paintings, gilding, mosaics and wood panelling with built-in wardrobes, cupboards and sofas, they were made to look more resplendent by vast mirrors, cut-glass chandeliers and brass sconces.  It also houses an exhibition dedicated to Arthur Rubinstein, the musician, born in Lodz. 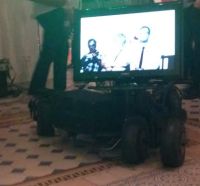 Even richer than Poznanski, and less flamboyant, was Karol W. Scheibler, a contemporary.  His former mansion is now devoted to Polish cinematography and is part of the Polish National Film School one of the best of its type in Europe.  Great Polish film makers have included Roman Polanski, Krzysztof Kieślowski, and Andrzej Wajda.  The permanent exhibition includes the technical development of the film industry.  Temporary exhibitions are dedicated to the history of film, contemporary Polish productions, as well as photography and art of the media.

Piotrkowska Street is a short walk from the anvil Hotel.  It is one of the longest commercial boulevard streets of Europe and a major attraction.  It runs in a straight line from the Liberty Square to Independence Square. A very large number of pubs, bars, hotels and restaurants are located in what is more or less a pedestrianized thoroughfare.  When strolling along this beautiful boulevard you can expect to encounter street entertainment and buskers of all descriptions.  At night the side streets buzz too.  Try a ride on a cycle rickshaw.  The enterprising peddlers can easily take a threesome.  Lodz is flat.  We dined at Anatewka, said to be Jewish, but certainly not kosher, with a traditional fiddler in the background.

What is remarkable about Lodz is that it has not forgotten the past and has made enormous efforts to ensure that the children of today (and their parents) are aware of what happened 70 years ago, and how cruel human beings can be.  The events in the Middle East would indicate that a lot more education is required.

The Decalogue Memorial in Staromiejski Park is a tribute to the coexistence of Poles and Jews.  The memorial is located close to the Old Market Square and a quiet place of solitude in a busy city.  Also in the park is a monument to Jan Karski a member of the Polish resistance in WWII.  During the Holocaust he reported to the Polish government in exile and the Western allies on the situation, especially the destruction of the Warsaw Ghetto and the operation of Nazi extermination centres.  This included a one to one with President Roosevelt.  His pleas went largely unnoticed. 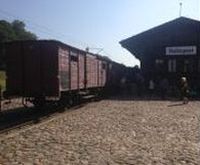 The Radogoszcz railway station was the transit point for Jews on their way to the death camps.  In 2005, a monument commemorating the victims of the Nazis who passed through the station was dedicated featuring a 140m tunnel.

Cattle trucks used to deport prisoners are also on display.  Somehow up to 100 living people were squeezed into each truck for the 150 mile journey that could take up to three days.  Not all survived.

Also in Lodz is the Jewish cemetery holds 180,000 graves, with many laid to rest inside ostentatious tombs that are works of art themselves (including the biggest Jewish mausoleum which belongs to Israel Poznański – not a surprise).  Less ceremonious was the burial of the 45,000 or so Jews who died in the ghetto – you’ll find them interred in the so-called ‘Ghetto Field’ in the south of the cemetery.  This is where the ‘clean-up squad’ of around 800 Jews who had remained to clear the ghetto were forced to dig their own graves.  The Nazis, surprised by the speed of the Soviet advance, didn’t have time to carry out the execution, and the empty graves have been left as eerie reminder.

This report on Lodz must end on a bullish note.

After taking a swim in the enclosed rooftop pool at the andel it was time for a drink at the adjoining bar.  On a lovely autumn day, with not a cloud in the sky, the massive square at Manufaktura was full of music with the fountains on maximum effort.  Then it was off for shopping and eating.  And finally back home on Wizz. www.vi-hotels.com/en/andels-lodz    http://en.turystyczna.lodz.pl   www.wizz.com