Qantas has upgraded to an Airbus A380 on its six times per week daily Sydney – Dallas/Fort Worth service.  It is the world’s longest route on a millage basis (8,574 miles/13,800km) 14hrs 50mins eastbound and 30mins more in the other direction.

“Since starting on the route in 2011 the feedback from our corporate customers, especially those in the resources, technology and agricultural sectors, tells us they like flying into the Dallas hub because it gets them closer to their final destination in the US and offers great onward connections.

“The Dallas/Fort Worth service offers direct access right into the heart of the US with over 50 connections to all US major cities all within four hours, including Orlando, Boston and Houston.”

Qantas recently announced increased flights to the US, and will now offer 41 flights per week to North America.  About half of these services are operated by A380 aircraft and the other half by B747s with A380-style interiors. 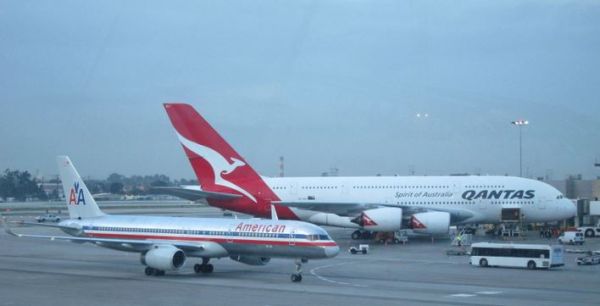