Manchester Airport based Thomas Cook Airlines is bringing in new premium and economy products for its long haul scheduled fleet.  During the winter the airline is refurbishing its four A330-200 aircraft and adding a brand-new A330 to be leased in 2015 from AirTanker.  Earlier this year the airline announced new routes from Manchester to New York JFK and Miami, with the first flights taking place in May.

The airline’s four Manchester-based A330 will feature the brand new Premium cabin, with 49 seats in a 2+3+2 configuration, with more legroom and width.  The hand baggage allowance goes up to 10kg and with two 23kg hold bags for US flight and one 30kg otherwise.  Fast Track and an upgraded meal service are provided.  www.thomascookairlines.com 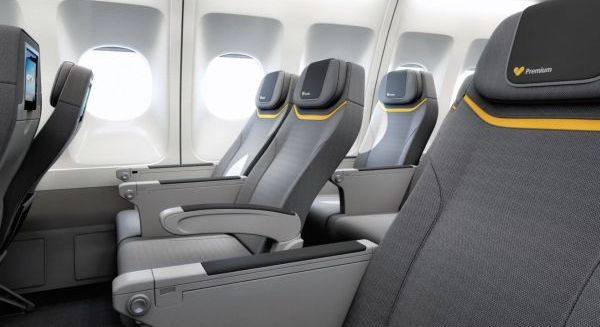