Luton Airport is lining up a new Managing Director to replace the departed Glyn Jones before the end of the year but Chairman Clive Condie is playing his cards close to the chest.

For the moment Mr Condie, who has plenty of airport experience having been held various senior posts at Manchester, and also British Airways, is acting in an executive role, but Luton is too far away from his Reading home to continue indefinitely.

In the meantime the airport continues to boom with a record 10.4m passengers predicted for this year.  In July numbers were up 11.6% in spite of facilities which Mr Condie agrees need improving.  Luton is now under the control of Spanish company AENA, the world’s largest airport operator, ambitious to expand, with probably the best road links of any UK operation, the M1 to the west, and A1 a little further to the east.  The notorious M1 Junction 10 is presently been modified with a free flowing route into the airport expected to come on stream before Christmas.

Planning approval for a £100m major expansion of facilities was given in December 2013.  After detailed design work this is now out to tender with construction hopefully going ahead in January.   www.london-luton.co.uk 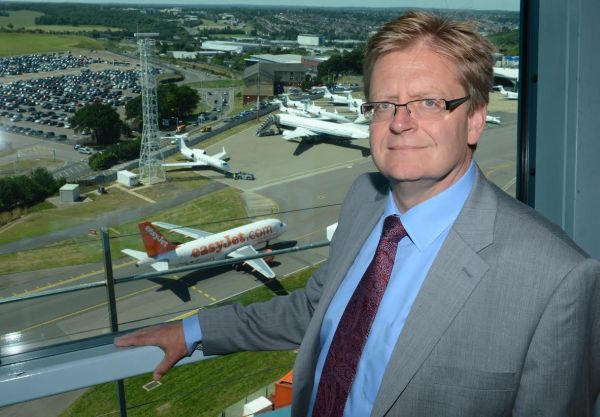