It’s not really appropriate to speak of low cost carriers as a special sector any more – all airlines are now low cost, whether they are original legacy airlines or younger ones.

This was the consensus on opening day at Terrapinn’s World Low Cost Airlines Congress (WLAC) in London last week. 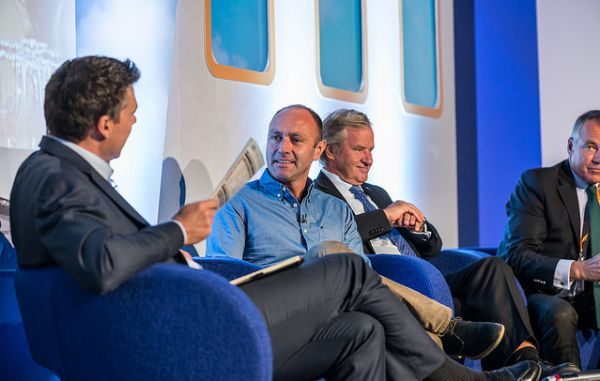 This will force fares and fees down for the travelling public, it emerged at the opening discussion marked, ‘Differentiating your airline to stay competitive’.

The industry should expect a fares war like no other in the next year, all airlines on the panel, including Aeroflot and Ryanair agreed.  Europe is heading for “a bloodbath” in airline fares, according to Aer Lingus CEO Christoph Mueller.  Norwegian Air Shuttle CEO Bjorn Kos was the only panelist more relaxed on the fares front.  He said it would be “business as usual” with a strong emphasis on the high quality product the airline has established including free wi-fi onboard.  Kos likes Gatwick as a base for its new transatlantic long-haul network because “We rely on other low cost carrier’s feeder networks.”

Ryanair promises more discounted fares and more capacity doubling the size of the airline by 2024. Ryanair is eyeing Russia – Moscow and St Petersburg in particular.  New chief marketing officer Kenny Jacobs called the airline industry “backward” and added,"The aviation business needs to radically improve. We are bringing in more retail people with backgrounds in big brands.”  He despises cabins where there are “blue curtain dividers”.  Inseat screens are “out of the dark age” he said.  Instead Ryanair will be even more retail-driven than it is now.  He thinks this will keep it as market leader in Europe.  The aim is to increase the current 25% business passenger traffic estimated in its total 82 million passenger numbers in 2013.

Aer Lingus was twitchy about the prospect of an independent Scotland and its CEO will no doubt be relieved at the ‘No’ win.  The airline is heavily dependent on inbound tourism from the UK.  “2015 should be a better economy,” said Mueller with the North Atlantic looking strong.

Norwegian has “a close relationship” with Scotland since the Vikings account for part of the population, Kos flippantly mentioned.  Ancillary revenues will be one of the biggest revenue streams, he said.

All airlines are currently fixated on driving new revenues through big data and new passenger-facing especially wearable technologies.  Virgin Atlantic introduced Googleglass as a personalised seamless method of checking in passengers earlier this year. David Bulman, CIO said the team at Virgin is now considering using a passenger's heartbeat to personalise their travel experience. It would enable the airline to recognise the unique rhythm to each individual as they entered the airport.

There weren’t any heartbeat recognition software exhibitors at WLAC but third party software tools which enable airlines to manage customer data were trending on the exhibition stands as well as under discussion in the conference rooms.

United Airlines senior manager e-commerce Jacob Guerra said “Everybody loves digital, our customers demand it now.”  Wearables, not only glasses but watches and any other accessory, is likely to control not just customise the passenger experience.  Guerra said, “We need to be prepared for all these devices, especially applewatch.”

Vueling IT director Samuel Lacarta  said, ‘It is not just about glasses. In the next few months we will see things that are real game changers, will change the way we do things forever.  We have to try to bring it to the industry to benefit passengers”.

All airlines agree there is untapped potential in revenues to be gained from these trends.  Social Media is still a big obsession for airlines and their customers.  KLM COO Pieter Elbers said airlines have to pay attention because airlines are being “exposed by passengers using social media to communicate their experience”.  The passenger of the future is always connected and tomorrow’s airlines will be even more connecting providing total choice and control, he said.  A more personal pro-active approach with the sea of big data is how KLM is approaching the market.

Japan Airlines uses NFC for passenger processing, googlewear for maintenance and a multitude of apps for engaging with passengers.

Personalising the passenger experience with new ‘native’ technology on the ground and up above will be aggressively used by airlines to win new markets. 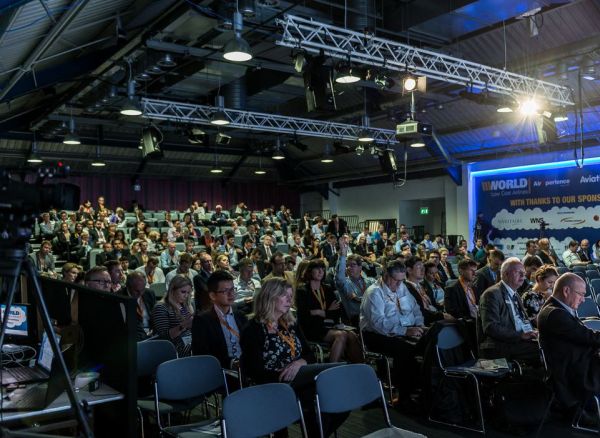 All pictures are copyright owned by WeMakePictures.co.uk