London now has a Conrad Hotel following a change of operators and rebranding of the Intercontinental Westminster in what must be some kind of record for a hotel’s short-lived identity.

Formerly Queen Anne’s Chambers, a government building, the Intercon had a soft opening just under 12 months ago following a £150m investment programme and features 256 rooms, including 44 suites.  It is situated on The Broadway, opposite St James’s Park Underground and close by New Scotland Yard.

John T. A. Vanderslice, global head, Conrad Hotels & Resorts, Hilton Worldwide said: “Conrad creates unique experiences for our guests in the world’s gateway cities and most sought after destinations.  London continues to be a political, cultural and economic powerhouse in the world, which makes it a natural destination for international travellers.”

The Conrad London St James boasts some of the most spacious accommodations in the capital including the Conrad Suite, which enjoys a private lift and entrance in addition to extensive bedroom and living areas.  The suite can be connected to eight other suites to create an entire private wing.  http://conradhotels3.hilton.com 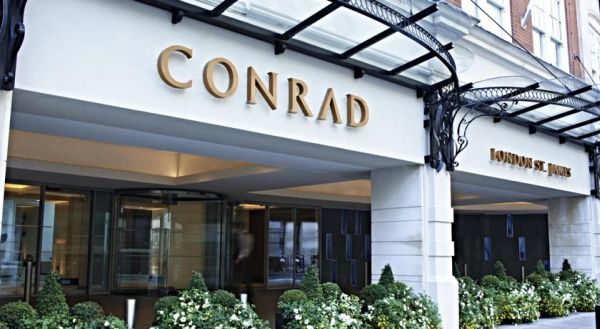