When Helene Abraham, Executive VP Commercial of the Air France subsidiary HOP, speaks at the Low-Cost Conference  in London on Tuesday (16 September) she might throw a little light on the situation regarding Air France/KLM and its regional marketing strategy. 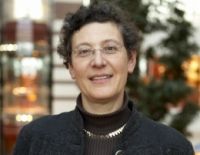 The Franco/Dutch group also owns Transavia, long established but now firmly in the budget airline area and plans to invest €1bn in growing its Transavia low-cost unit in Europe.  The plan will create up to 250 new pilot jobs by 2019 and grow Transavia's fleet to over 100 aircraft, Chief Executive Alexandre de Juniac was quoted as telling French daily Les Echos.

Juniac is open to negotiation on benefits tied to seniority and incentives for Air France pilots who transfer to Transavia, but he will not yield to unions demanding that the contracts of Transavia pilots carry the same terms as those flying under the Air France brand, according to Les Echos.