Back in 2002 Bombardier looked at the Dornier 728 at the point of time when Dornier filed for bankruptcy.  The prototype was due to fly, and there were firm orders for 125 and options for a further 164.  At five abreast it was wider than the Embraer 170 series and more fuel efficient.

Bombardier went away and came up with the CSeries, five abreast and fuel efficient etc.  Did they make a serious error? Currently the four pre-production CSeries aircraft are late and grounded with no indication from the manufacturer of when they will fly.  Let us hope it does not go the way of another great Canadian enterprise,  the Avro Arrow.

Malmo Aviation, owned by Sweden's Braathens Aviation, was due to be the first CSeries customer to take delivery of the new aircraft in the second half of 2015, but opted out on Friday.  It cited worries about further delays after a May engine failure grounded the test aircraft.

"It has subsequently emerged that this may cause another delay to the CSeries introduction," Braathens said in its second-quarter 2014 report. "We have informed Bombardier that we will not assume the role of formal launch operator of the aircraft type."  Malmo has 10 on order.  www.bombardier.com/en/aerospace/commercial-aircraft.html   www.malmoaviation.se 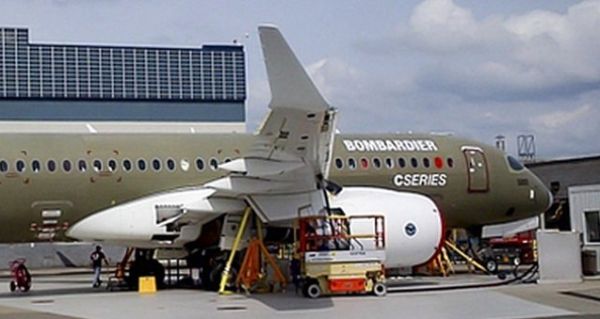