Flight Global  reports that customers for a business aviation conference organised by MIU Events Ltd are desperately trying to contact the company.  A pair of events were cancelled, one at extremely short notice and the web site suspended. 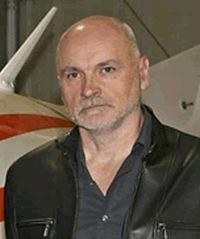 Despite repeated attempts, no-one from the Chichester, UK-based operation has been in touch to explain whether the conferences will be rescheduled or if sponsors and attendees will be refunded money already paid.

MIU Events, owned and run by Alan Perry, was due to host two forums in the UK this year – the Rotary Operations Conference (ROC) at the Verta hotel next to the London Heliport, and Business Aircraft Europe at Biggin Hill (BAE).

However, ROC was cancelled on 8 July, less than 24hrs before the event was due to take place. Emails sent by MIU to attendees blame its failure on a lack of interest from operators. “Consequently, we have taken the view that it would not be good for speakers and sponsors to be talking to a half-full room,” it reads.

BAE, meanwhile, was scheduled to take place on 10-11 September, but Biggin Hill on 31 July issued a statement confirming that the event had been called off.  Mr Perry, believed to be in Dubai, could not be contacted by Flight Global.   www.flightglobal.com    www.miuevents.com