BTN  has no news of when Brandenburg International, Berlin's new gateway, will open.  It was originally planned for 2010.  Some sceptics now say 2018.  However Schönefeld, on the same site, is more and more active and has an excellent direct train service to central Berlin.  easyJet is one of its largest operators.  The biggest loser is probably Air Berlin, which planned ahead to expand with the airport opening.  In 2013 it lost around £200m.

Our only news is that long-time Berlin Mayor Klaus Wowereit said last week that he would resign in December, following years of sharp criticism over delays and cost-overruns for the airport.

Mr Wowereit, a Social Democrat, was first elected in 2001 and led the campaign to close Tempelhof, the city’s historic pre-war operation, which was still used by regional services, citing the introduction of Brandenburg.

Planning for a new gateway to the capital began in 1989, just after the fall of the Berlin Wall, but several targeted openings have been missed.  No new date has been set, as officials struggle to correct defects in its fire-safety system.  www.berlin-airport.de 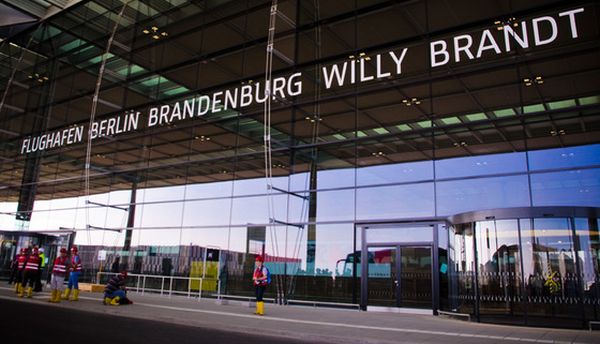