With the imminent opening of its first somewhat strangely named Moxy Hotel, at Terminal 2 Milan Malpensa Airport, Marriott International plans to open a further five additional locations in key cities throughout Europe during 2015 including Munich, Berlin and Frankfurt (Germany) and Oslo (Norway).  (See BTN 18 March 2013)  Moxy Hotels is projected to reach 150 properties within the next 10 years.

The Malpensa property is just by Terminal 2 and offers 162 rooms of which 10 are suites.  There is courtesy wi-fi and 24hr snacks.  Prices are being advertised from €75 per night.

The Spring of 2015 will see both the Munich and Berlin hotels opened.  The 317-room Moxy Munich Airport is located approximately five minutes from the main terminal whilst the 190-room Moxy Berlin Ostbahnhof is central and close by the Ostbahnhof train station.

The 305-room Moxy Frankfurt Gateway Gardens, located approximately five minutes from Frankfurt Airport, is due open in summer 2015 followed by a 266-room hotel at Berlin Brandenburg Airport, but this opening is probably dependent on the airport opening too.  Also scheduled to open in autumn 2015 is the 229-room Moxy Oslo Exporama, located approximately 15 minutes from both the airport and city centre.   www.moxy-hotels.marriott.com 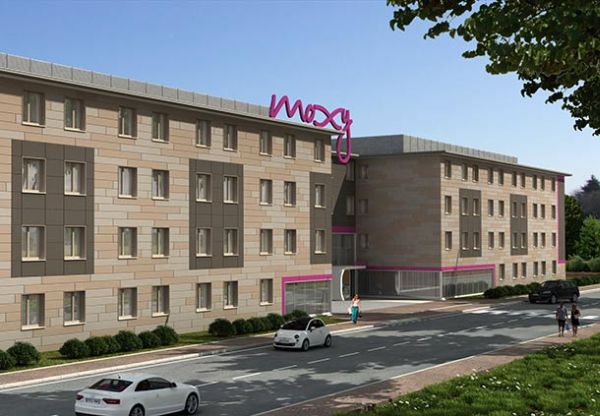