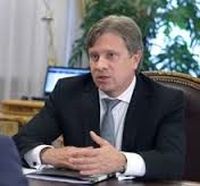 Aeroflot-run Dobrolet suspended flights in early August after its lease agreement for Boeing aircraft was cancelled under European Union sanctions because it flies to Crimea, which Russia annexed from Ukraine.

"We will register a new company, after all," Savelyev was quoted by RIA as saying.  "We decided to go ahead with this scenario."

The new company will start flights by the end of October and will have four Boeing 737s available.

The Aeroflot CEO declined to give the name of the new company, but said that it would fly to the Russian towns Samara, Perm, Ufa and Volgograd.

Whether it also plans to make flights to Crimea remained an open question and depended on demand from the region, he said.  www.aeroflot.com