A new Post Office, open 24 hours a day seven days a week, has opened landside in Birmingham Airport’s Spar Store.  Whilst primarily intended for airport users it is not inconceivable that it can be used by locals when their own facilities are closed.  Amsterdam Airport’s shopping centre, also landside, is very popular with the general public living in the area.

Richard Gill, Birmingham Airport’s Head of Commercial, said: “With more than nine million people a year travelling through Birmingham Airport and six thousand people working on site we want to provide a range of services that benefit all users of the airport.”

Adrian Wales, Post Office Regional Manager, said: “Birmingham Airport Post Office is one of only two 24 hours branches in the UK – so far – and is one of over 1,600 branches open on a Sunday.  We have now modernised 3,000 Post Office branches and this is one of many in unexpected locations or with unique characteristics.  We recently opened a fulltime Post Office in a church in West Hampstead (London), and while the majority of Post Offices are in convenience stores we also have branches in pubs, barber shops and hairdressers, garden centres, toyshops and pet shops.  www.postoffice.co.uk  www.birminghamairport.co.uk 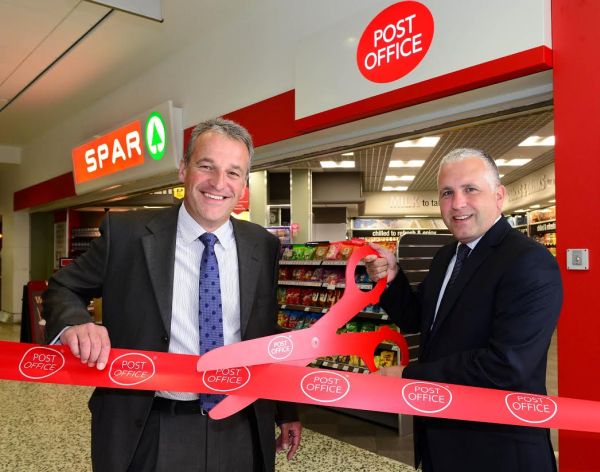