Last Friday, Swiss National Day, and in front of an audience of 25,000, Pilatus Aircraft presented its PC-24 prototype at the little Stans Airport.

The roll-out was preceded by a fly-by of all the aircraft which have ever reached series production in the company's 75-year history.  Over 120 performers and more than 160 children of company employees made the roll-out an unforgettable event for high-ranking guests, customers and fans of Pilatus.

Three development aircraft will be produced for the PC-24 test flight programme.  The maiden flight of this first prototype will go ahead in spring 2015.  Final certification and start of deliveries to customers are planned from 2017.

The PC-24 is the company's first pure jet and will compete with Embraer's Phenom 300 and Cessna's Citation CJ4.  The 10-seat aircraft is priced at around US$9m with an 85-strong order book.  It comes equipped as standard with a cargo door, and a performance specification that allows it to operate in and out of very short runways or even unmade strips.  www.pilatus.com 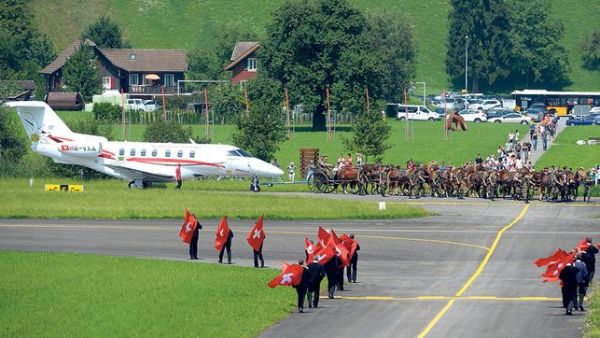 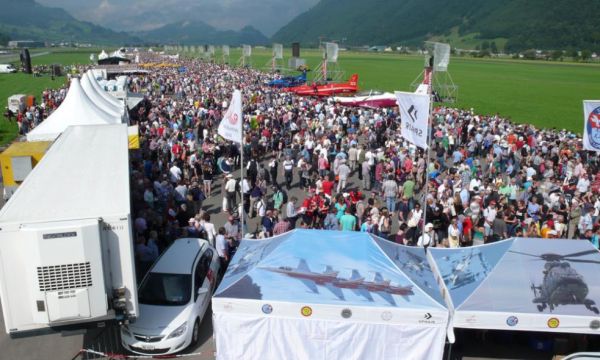