Final planning consent has been given for a £100m development at Luton Airport.  The work will increase annual passenger capacity from 12m to 18m by 2031 and should put behind it criticisms that it was not keeping pace with its London gateway rivals. 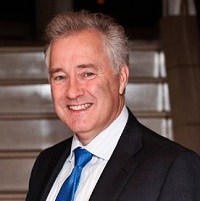 The plans include an expanded and modernised terminal building and much improved surface access.

Final planning consent was provided by Luton Borough Council after the Department for Communities and Local Government ruled in April this year that the planning application could proceed.

Commenting on the start of the development programme, Clive Condie, Executive Chairman, said: “This marks the start of an exciting new journey for London Luton, as we begin the process of transforming the Airport to deliver a great experience for our customers, Luton and the surrounding regions.  Our vision is for a vastly improved airport which plays a major role in providing more capacity in the London system.”

The announcement follows a change of ownership now under new proprietor Aena, the world’s largest airports’ operator, and the infrastructure fund of Ardian.  Passenger numbers this year are expected to outstrip the previous high of 10.3m in 2008.

The airport also has announced that Managing Director, Glyn Jones, has left the airport after seven years in charge.  www.london-luton.co.uk