June 2014 marked the second anniversary of operation as an independent airline for bmi regional.  The carrier says it is set for sustained growth through 2014. 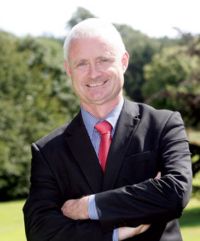 In a broad reaching statement bmi regional notes that 2013 was a year of significant development and investment for the airline as it launched new routes and created new jobs.  This year it has continued to grow its UK and European route network, strengthened existing services, and established a portfolio of codeshare agreements with Lufthansa and Brussels Airlines.  Looking forward, bmi regional plans to further build its UK services and continue to grow its charter and wet lease divisions in addition to further network expansion within Europe.

From 19 August the Frankfurt to Karlstad service – operated as a codeshare route with Lufthansa – will increase to double daily, and on 1 September bmi regional will commence two new routes within Europe, introducing services from Berlin (Tegel) and Gothenburg to Kalmar Öland Airport in southern Sweden, six days a week.

The airline already operates scheduled services within Europe from Gothenburg to Stavanger and from Bremen to Toulouse.  Also in September, the airline’s East Midlands to Brussels and Aberdeen to Bristol routes will see increased frequency.  www.bmiregional.com