Virgin continues on the West Coast

The West Coast rail contract has been retained by Virgin Trains after an ‘about face’ by the Department for Transport (DfT). 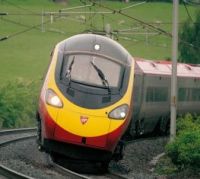 In 2012 the Government awarded the contract to rail operator First Group, but it was delayed and then cancelled after the DfT discovered what it claimed was ‘technical flaws in the way the franchise process was conducted” following a vigorous campaign by Virgin, the well thought of incumbent, to retain the contract.

The new franchise will run until 2017, with an option for a one-year extension. Virgin will introduce in December direct services between Blackpool, Shrewsbury, and London.

Martin Griffiths, Executive Co-Chairman, Virgin Trains, said: “This new contract is a good example of the benefits of the franchising system.  With commercial train operators taking on the cost of investing in new services the passenger experience can be improved without public money being put at risk. As the improved passenger experience then encourages greater train travel, taxpayers benefit a second time with more money flowing to the Treasury.” www.virgintrains.co.uk