Travelport at the Aviation Club

Gordon Wilson, President and CEO of Travelport, the airline commerce platform provider, was guest of honour last week at the Aviation Club of the UK.  Mr Wilson, a Brit and Cambridge law graduate, was with Air Europe, but has been with what is now Travelport since 1991.  He also sits on the Board of SITA. 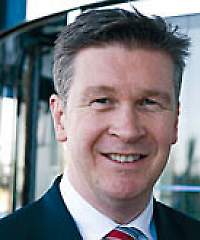 In an enthralling speech Mr Wilson spoke of the role Travelport now plays in the global travel distribution chain, where it has strategically invested over recent years.  Low-cost carriers are now coming into the fold including recently Ryanair.  Mr Wilson said that Travelport is now positioned as the only major IT company to sell content for the world’s top 10 airlines.

Travelport now also has the ability to offer real time reservations to travel agencies for more than 580,000 individual hotel properties, again, leading in this area.

As part of a brand re-launch, Travelport has also taken the opportunity to clearly define its key business activities re-naming its two main operational areas.

First, its Travel Commerce Platform, including merchandising, reservations, payments and workflow management, which now accounts for 95% of revenue.  Part two is its Technology Services business through which it provides critical IT services to airlines for their internal and direct channel use.  www.travelport.com