USA Today reports that the US Congress has approved legislation to prevent Norwegian from flying to the US because of concerns that the low-cost carrier will dodge international labour rules.  However the action must be confirmed by the US Senate before becoming law.

Rival US airlines and the Air Line Pilots Association, International (ALPA), a union representing 50,000 pilots, have criticised the Norwegian proposal because it would operate under an Irish Air Operator Certificate and allegedly hire staff at rates lower than in the US and Europe.

"Congress has a responsibility to make sure that US airlines do business in a fair marketplace and that the US government's transportation funds don't hand an advantage to foreign airlines that try to cheat the system," said Captain Lee Moak, President of ALPA.  Norway is not a member of the EU but does accrue benefits from a special relationship with the European grouping.  The establishment by the airline of a small office in Dublin, a legal entity, has also upset the American institution as being a way around the rules.

The airline has been operating flights from the US to Norway for a year with fares starting at US$99 one-way and has plans to start transatlantic services from Gatwick.  www.alpa.org   www.norwegian.com 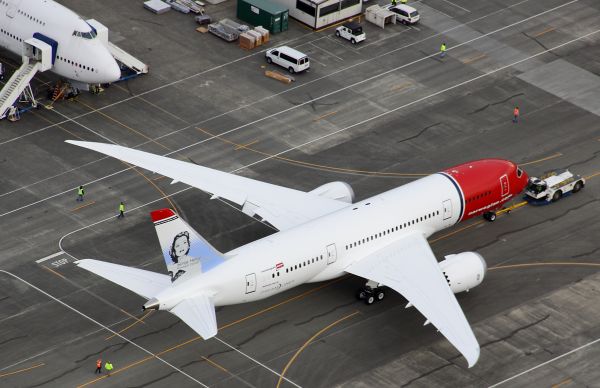