It was former Transport Minister Steve Norris who stole the limelight at last week’s latest gathering in the Runways UK series of debates highlighting the Airports Commission and its quest to solve the London airports problem. 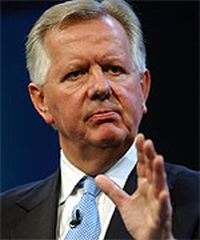 Norris, who after 14 years in Parliament describes himself as a businessman, was pragmatic in his summary of what was an afternoon half day session.  “The result of the consultation depends on the government of the day accepting the result of the report.  It will be a brave government that does that.”  In his view it will not be before 2017 that any real decision will be made.

Paul Harwood of Network Rail noted that train use had grown by 50% in 10 years and pointed out to the audience that train paths are as precious as airport take-off or landing slots.  Michael Schabas, of consultancy FCP, was scathing in his criticism of the Thames Estuary schemes and said that both Gatwick and Heathrow should be given a go-ahead.  In what was an unprecedented offering Oliver Mulvey, responsible for engineering and surface access appraisals at the Airports Commission Secretariat, noted that they were working to understand the implications of the surface access strategies for the short-listed options.

The next Runways UK event is at Guildhall on 26 June where Ken Livingstone is expected to be amongst the speakers.   (See  BTN 12  May)  www.runwaysuk.com/surface/postshow-resources/speaker-presentations