Edinburgh to the US

The end of last week saw the introduction of two new US services from Edinburgh.  On Friday (24 May) it was United to Chicago and Saturday, US to Philadelphia. 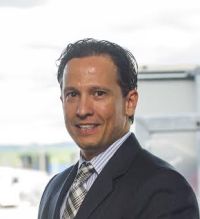 United has been serving Scotland since 1998.  In addition to the new Edinburgh – Chicago flight, the airline operates year-round non-stop services from both Edinburgh and Glasgow to its New York hub at Newark.  For ‘Windy City’ the frequency is five times weekly from 23 May to 12 June, daily then until 2 September and four times weekly until 6 October.  United is operating the service with Boeing 757-200 aircraft with a total of 169 seats – 16 flat-bed seats in United BusinessFirst and 153 in United Economy, including 45 Economy Plus seats with added legroom and increased personal space.

With US Airways (now part of American Airlines) the service is daily to its Philadelphia hub, also operated by a Boeing 757 with a similar two class layout.  It is the airlines first route out of Scotland.  www.united.com    www.usairways.com