Now based in Budapest, Wizz Air has celebrated 10 years of operations and also announced plans to list its shares on the London Stock Exchange, seeking to raise €200m to strengthen its balance sheet as it seeks more growth.

Wizz Air made its first flight on 19 May 2004 from Katowice to Luton. Today it has 16 operating bases and is the largest budget airline in Central and Eastern Europe with a market share of 38%.

The airline's founder, CEO and Chairman is József Váradi, former CEO of Malév Hungarian Airlines.  "We will continue to grow the business.  New markets can be stimulated," he said.  The airline, which has a fleet of 46 Airbus A320 aircraft, plans to expand to 70 by the end of 2017.

In Hungary, national flag carrier Malév went bankrupt in 2012 after years of heavy losses and repeated government attempts to save it.  Other flag carriers have also struggled in the region.  Poland's LOT turned a profit for the first time last year after years of heavy losses, while Czech Airlines (CSA) has also struggled to operate a profitable business.  Details of the IPO are expected next month.  www.wizzair.com 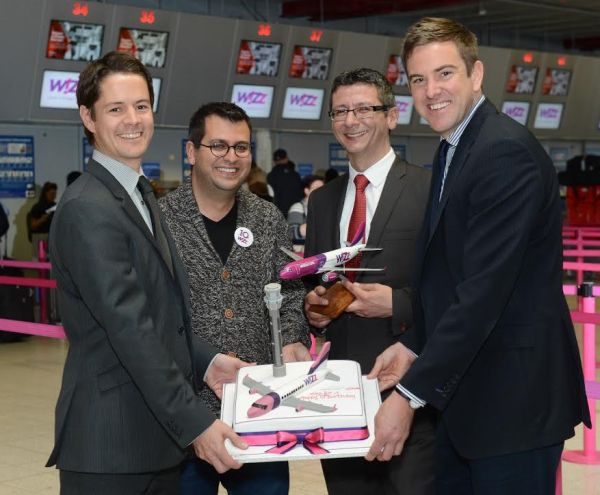